YET another Crepe City event has been and gone, however, what made this event differ to those in the past? Well, Nike’s Air Max retro session over the last month or so gave a very different image to proceedings.

This weekend we bare witness to the 30th year anniversary of Air Max, a brainchild that revolutionised the sneaker world once a certain Tinker Hatfield decided to make the unit visible, incorporated within his sleek Air Max 87 runner. Mr Hatfield’s influence stemmed from architecture, after all, it was on this basis that he graduated, followed by Nike employment in 1981. Visible Air was a result of Paris’ Centre Pompidou, where all the ‘guts’ are on show. As a concept, seeing beneath a sneaker’s shell was far from normality; but it happened. 1987, two years after Tinker’s switch to sneaker design we saw this trademark silhouette debut.

From this point forward, the Air Max 1 we all know went from strength to strength. Its arrow-sharp toe-box capturing hearts, thus forth building a powerful following and eventually racking up collaboration after collaboration. Adding a personal note, outside of music artists there have been but two main collaborative parties- Dutch Giants Patta, and Japanese innovators Atmos. Conveniently, the latter had two colour ways re-vamped- starting with last year’s Safari, then proceeding with the Elephant in 2017 after winning Nike’s online ballot. Take what you will from the photo below, this was one hell of a re-release…

To celebrate the occasion, Crepe City worked with both Nike and Size? to run an ‘Airchive’ pop-up store. Here, older releases were raffled off for charity at £5 per entry. On top of this, tote bags printed with Nike’s recently acclaimed slogan ‘Kiss My Airs’ were handed out, inside sat a randomly selected pin badge. Sunday saw a handful of both Elephants and Masters drop within the small Shoreditch space, a surprise for enthusiasts both young and old obviously being snapped up within minutes. This was a very courteous touch to an event based purely on reselling.

Inside Old Truman’s Brewery, it was business as usual. Yeezy stacked from floor to ceiling, recent releases galore- yet in each room a number of stalls held onto very fairly priced sneakers, you just had to find them. Arising as a surprise in my own interest, Asics collaborations from years gone by could be found with relative ease. Sellers with a love for footwear simply outnumbered blatant resellers, a pleasant change in comparison to the image of streetwear as it currently stands. A relaxed atmosphere took a firm grip on Truman’s, not to mention the availability of manoeuvrable space this time round!

In addition to each attraction Crepe City had put into action on the day, an Obey sample sale opened its doors opposite the Airchive. If nothing was to be purchased within the event itself, there was certainly a bargain or two to be picked up as prices ranged from £5 upwards.

With the sun shining, nature was almost encouraging a sociable gathering outside amongst the courtyard. Here, many whom were not associated with the event packed out benches, filled with intrigue as to why hundreds of people were occupying this small, industrial area of London. What make this such a landmark event? What leaves you coming back for more?

It’s the sense of unity, a community that shares a partnered interest in sneakers ranging across each age group. Crepe City works as a metaphorical middle ground, the point of transition between sneakers, and more so recently, streetwear. Above all, the overbearing fact is relatively obvious to see- Crepe City serves to provide opportunity for every individual whether it be socially related, materialistic cravings, or simply to window-shop. Opportunity is ample, anyone can purchase a stall and anyone can attend. It is what you make of it; by all means a purchase can enhance your enjoyment but failure to do so wouldn’t ruin a weekend. Enthusiasts travel across the globe to show their face, doesn’t that tell you something? 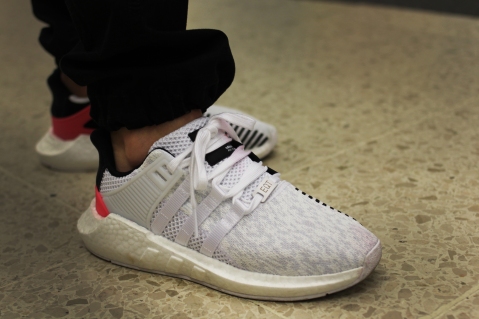 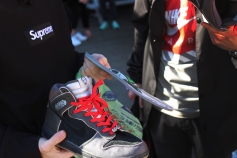 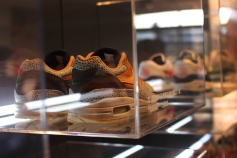 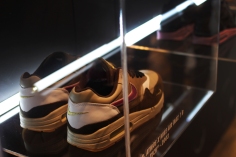 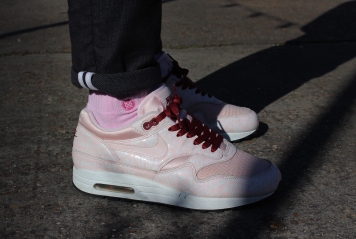