SOUTHAMPTON is rife with photographers, with fields of specialty spread across a vast array of topics. We first met Elliot in a small city centre sneaker store, at a point when he was shooting smaller, independent brands on a regular basis.

From this point, Elliot has gone from strength to strength; travelling globally with free-climbing and parkour teams, whilst delving into the world of underground hip-hop.

TC: Fundamentally, who is Elliot Hensford?

EH: A 19 year old freelance photographer from Southampton, who specialises in music, travel and portrait photography.

TC: I’ll pull from the freelance aspect of what you just said; obviously working solo and with agencies it’s expected that you’ll be thrown all over the country for last minute bookings or arrangements – flash gigs shall we say.

To date, what’s been:

– Your favourite event or shoot?

– Personally your biggest achievement? A space here to flex a little bit.

EH: See for me this is a difficult one as I shoot so much different content, so I will give an example for both aspects of my work. My favourite travel shoot would have to of been the shot I got on top of the second tallest building in Dubai. It was 104 floors to the top and the lifts were out of action as it was still under construction, so slowly but surely we started to climb the stairs in the 38 degree heat with only half a bottle of water between me and my friend Alex. Getting to the top was the best feeling, knowing what we’d just pulled of and the photo means more to me than any other I’ve taken.

Then for my favourite event moment, would have to be when I was given the chance to shoot A$AP Rocky’s surprise performance at the G4 Boyz show in London. I was given 2 and a half hours notice from my bro Seshie (the organiser/ host of the event) — so I rang one of my best friends who I also mentor, as he’s an upcoming photographer, told him to get ready and I’ll explain on the way. By the time the train would’ve got into London we’d only have 40 minutes to get to the venue in Camden and the show was already over sold — so there was a small chance we’d get denied. We rushed over to Camden Assembly, still skeptical whether Rocky would actually show up. Luckily, we got in completely fine and I started to set up to shoot.

I heard the first beat of Flacko Joyde and knew it was time, so I rushed through the crowd of people to get as close to Rocky as I could. As you can imagine the crowd erupted into a mosh pit and I was in the middle of it shooting photos trying not to drop my camera. After about six songs the show was over and we headed out, still trying to comprehend what had just happened. I knew that these were my greatest images to date and when I finished editing them I couldn’t wait to release them.

They took a long time to do but it was so worth it, as Rocky was the main artist I wanted to shoot I was over the moon with how the photos came out. 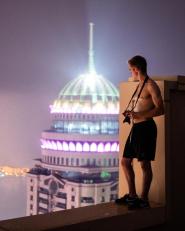 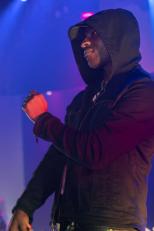 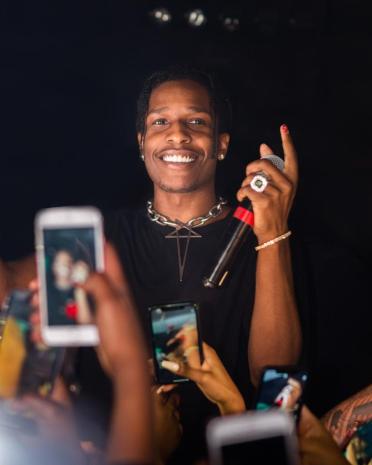 TC: I’ll combine both your last points into this next question; you mentioned climbing the second tallest building in DUBAI and then went toe-to-toe with Rocky. With all this in mind, the vast array shoots in your arsenal – where will this next half decade take you?

EH: I believe the next half decade is where I’ll make a name for myself worldwide, other than just the UK music event scene. If all goes to plan, I want to release a magazine in collaboration with a brand including all of my work within the music industry — showcasing artists in their element. I want to have worked with greats of the music industry and tour all over the world doing what I love, with artists I mess with. I hope to be one of the most well-known photographers in the world for music photography, covering festivals like rolling loud and Coachella whilst being signed to a record label as a full time creative. Eventually, have a team of creatives who can hold up some of the jobs I can’t do while I’m on tour or out of the country and just all round travel and enjoying life.

TC: See, I could have 100% guessed your answer there. Onwards and upwards is the only direction development should take, so I’m very glad you’re setting your targets high. With what you finished on there, about forming your own team of creatives to mediate shoots whilst you’re AFK; would you say there’s a theoretical wall preventing creatives such as yourself from breaking into industry? Or is this merely psychological?

EH: I feel as though with anything, if you work hard enough the wall isn’t a problem. Yeah, sometimes it can be a struggle, but with enough hard work you’re sure to beat any challenge that comes your way.

TC: For a final question then, I’ll just get you to expand with a wee prompt.

Scenario, a follower or even the chap you’re mentoring comes to you for advice – you have to give them one solid nudge, one gem of knowledge to either kick-start their career or give them the inevitable direction they need.

What is this single piece of advice?

EH: Out work everybody.